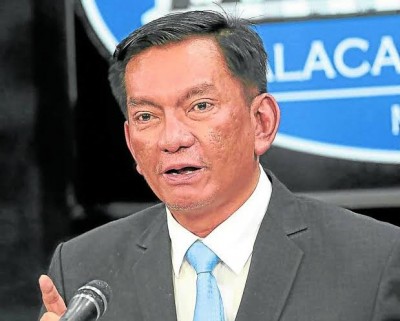 The next administration will need at least P326 billion in new revenues each year to cover the principal and interest payments for the country’s debts incurred amid the COVID-19 pandemic.

House ways and means panel chair and Albay Rep. Joey Salceda said the government’s best option to raise this was through tax policy reform through “smart, efficient tax and economic policies to address this debt overhang.”

“Unless we can raise that kind of revenue, we will have to downscale our public spending or borrow again to pay the debt ... And of course, the P326 billion figure relies on current interest rates. To keep them at this level, we need to show our creditors we are in good fiscal standing. So tax policy reform is really our best option,” Salceda said on Monday.

In a statement, the economist turned lawmaker said the government should brace for around P144 billion in principal payment for the next 20 years, and around P181 billion in interest payments.

“That will, of course, vary per year, and some years will need lower debt than others. But if you want to stretch out the payment schedule, that’s the kind of fiscal space you need to cover the COVID-19 debts without incurring budget cuts,” Salceda said.

He warned that budget cuts are not a good option if the government wants to sustain growth.

“Of course, borrowing more to cover past borrowings is a downward spiral to fiscal hell. So, you really need to expand fiscal space,” he said.

“It’s the biggest election victory since 1961, so I think there is plenty of political capital for difficult but necessary reforms,” he said.

Salceda added that the sooner the incoming administration starts a fiscal expansion program, “the better it will be for investor confidence, our credit ratings, our debt overhang and our future growth prospects.”

“You need money for the most important campaign promises: cheaper rice, more efficient government services and improved agriculture. So, I would suggest quick and effective fiscal measures being undertaken in the first 100 days,” he said.

Salceda cited taxation on the digital economy, which grew by at least 16 percent during the pandemic.

“Tax revenues from digital sources have remained practically unchanged, based on Bureau of Internal Revenue numbers. We can do that on both the policy side and the tax administration side,” he said.

He also stressed the need to strengthen the government’s tax enforcement programs such as the Run After Tax Evaders, Revenue Integrity Protection Service and Run After the Smugglers programs. INQ