An improved quality of life awaits in the north 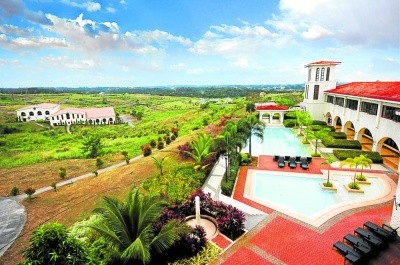 There is a reason why experts claim that moving to the north of Metro Manila can be a wise decision for homebuyers.

Some may recall that about three decades ago, parts of Cavite and Laguna were just farmlands and idle lots. Over the years, growth in Metro Manila started spilling over to these areas, transforming them into dynamic hubs that are now heavily populated and throbbing with economic activity. As those areas south of the capital run out of places to accommodate new growth, experts agree that eyes will soon turn to Bulacan.

Development, in fact, began to spill over in the past years, but the province then lacked the infrastructure to ride the tide. The ongoing aggressive infrastructure buildup in Central Luzon, however, is making Bulacan an even much more attractive destination filled with huge potential.

The transformation will bode well for individuals who take a first-mover mindset. When all those projects finally pay off, early investors will have long enjoyed emergent opportunities, unprecedented access and capital appreciation. That bright future is the reason trusted builder Sta. Lucia Land is encouraging take up for its Colinas Verdes project.

Colinas Verdes is a 261-hectare masterplanned development in an up-and-coming quarter of Tungkong Mangga in San Jose Del Monte, Bulacan. It offers house-and-lot, and lot-only properties at the foot of the Sierra Madre.

The project is just outside North Caloocan, so you will find yourself cruising down Edsa in less than two hours. San Jose del Monte will also benefit from MRT-7, which will connect the city to Cavite. At present, malls, schools, hospitals, civic buildings and places of worship are already near Colinas Verdes, but there will be more as Bulacan prospers.

Even when the economy skyrockets, Colinas Verdes will preserve its peacefulness and countryside appeal. The development is well delineated by a perimeter fence, with a guardhouse at the entrance ensuring 24/7 security. Open spaces and trees are highly valued. The homes are generously spaced so families could enjoy their privacy. An opulent country club, a first in the city, reinforces the suburban vibe. There, one will find the swimming pools, cafe, courts, game room, sauna and even bowling lanes, among others.

If those don’t already suggest how great it would be to reside in Colinas Verdes, Sta. Lucia’s topnotch onsite development will surely drive the point home. The village has wide concrete roads framed with curbs and gutters. You can jog on the paved sidewalks, enjoying the shade of trees and the view of the rolling terrain.

It won’t be so difficult to find pride in being a Bulakenyo. The province is brimming with history, as evidenced by the ruins inside Colinas Verdes of a bridge used by the Katipuneros. Bulacan is also rich in gastronomy and industry, aside from being highly competitive.

If you seek an improved quality of life, you’d be glad to know that Bulacan has consistently ranked high on the Human Development Index. A Colinas Verdes address would only improve on that.