Your own home in the ‘Land of the Brave’ 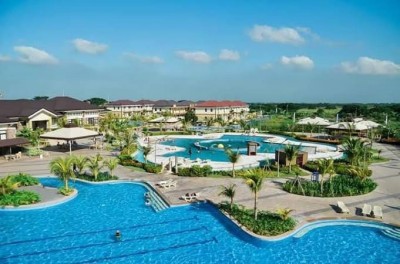 One could bet that it stirs a certain pride in its residents to call this illustrious province home.

For one, it has figured prominently in our history books, having been the backdrop of many significant events in our country’s past.

Known as the Land of the Brave and the Historical Capital of the Philippines, Cavite boasts of a rich history—from being the birthplace of some of the nation’s heroes to being the site where Philippine independence was proclaimed. The province abounds with historical sites, museums and monuments which honor those who valiantly risked their lives in the name of the country’s freedom.

Its proximity to Metro Manila turned Cavite into a popular address of the former’s workforce. In the course of time, Cavite was able to transform itself from a slow-paced bedroom community to a first-class province. It became a suitable address for those who want to be just a quick drive from the metro, thanks to the continuous development of key infrastructure throughout. The presence of national developers in the area is proof of Cavite’s growth and viability.

Among the first to recognize Cavite’s potential is Sta. Lucia Land. It has in its portfolio a growing number of well-thought-out communities where Filipinos could set up their own homes and at the same time own a piece of historical land.

Rising within Cavite’s premier residential and recreational estate are more than a hundred units, measuring 28 sqm each, offering easy access to Aquamira’s pools. Its amenities include a wave ball, lazy river and pool slide. At the clubhouse are covered basketball and badminton courts, a fitness gym and coffee shop.

Aside from the premier resort-living experience that it offers, Aquamira makes for a worthy investment as it gives homeowners the option to rent out their units as full-service condotels.

The Lake at St. Charbel

Sta. Lucia has long been promoting lakeside leisure living through its masterplanned communities. As SLI president Exequiel Robles previously explained, “Building numerous lakeside developments in the country allowed us to provide not just value-for-money investments but also homes that could help improve one’s quality of life.” The Lake at St. Charbel is one such project that offers its residents living spaces where they could grow and pursue a healthy, dynamic lifestyle.

Situated along Governor’s Drive in Dasmariñas, Cavite, The Lake at St. Charbel comprises over 900 residential lots. Landscaped gardens and promenades, picnic areas and a basketball court are among the community’s amenities. Residents can take kayak trips on the lake, have picnics on the mini island and hold parties at the clubhouse.Additionally, The Lake at St. Charbel places one within minutes of the city center and public transportation hubs. Main thoroughfares such as Emilio Aguinaldo Highway, Congressional Avenue, and Molino-Paliparan Road are easily accessible, allowing for ease of travel whether you’re bound for Carmona, Tagaytay or Alabang.

It has long been Sta. Lucia’s mission to create communities that guarantee comfort and security. These exceptional projects in the “Land of the Brave” are intended to meet that promise.