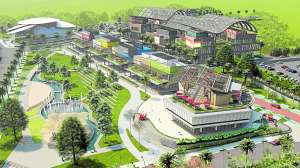 Leading developer in VisMin Cebu Landmasters Inc. (CLI) is transforming a 22-hectare former fairway into what is foreseen as the city’s iconic business hub. Rising in Matina district is Davao Global Township (DGT), a project between CLI and the Yuson, Huang and Tan families of Davao’s Villa-Abrille clan, under the joint venture YHEST Realty and Development Corp.

“These are exciting times for Davao and the Philippines as this tie-up (with CLI) ushers a new generation of homegrown developers ready to be at par with the best of the world,” said YHEST president Fred Yuson.

One of Davao’s biggest landholders and pioneer residents, the Villa-Abrille clan is into the business of leasing commercial offices and buildings. The family launched Davao’s first residential subdivision in 1952 and the Davao City Golf Club, the first and oldest golf course in the city until it was closed in 2018 to make way for DGT.

“DGT is envisioned to transform the former Matina Davao Golf Club into a global and iconic central business district. The development will help Davao and bring livelihood and give Davao what it deserves as the Mindanao hub. This township is an opportunity for us to give back to the city that has given us so much,” shared Yuson.

“The Davao Global Township is really a showcase,” explained CLI executive vice president and COO Franco Soberano. “It’s not just a central business district, it’s really a public space that celebrates Davao’s progress, culture and coming of age as one of the top cities in the Southeast Asian region,” he added. It is envisioned to be a source of pride for Davaoenos, and on top of generating businesses and opportunities for them and the neighboring communities.

With design and engineering principles that adhere to the highest possible standards, CLI assures that DGT is future-proof and primed to provide Davao with new normal-ready retail, cultural and residential experiences. CLI’s first estate project has already earned the distinction of “Best Township in Asia” in the recently concluded PropertyGuru Asia Property Awards 2021.

“The Davao Global Township was recently awarded as the best township in the country and there are a lot of reasons for it,” said Soberano. “This is one of the most sustainable townships in the country. It’s based on the latest design and sustainability practices. One of those important features is that this township is flood-free.”

Groundworks have begun for Phase 1 of the P33 billion landmark project. Set for grand launching within the year, it will cover 93,000 sqm of space which includes the DGT City Center, a lifestyle mall; DGT Cultural Center; and The East Village at DGT, the township’s newly launched and first residential development.

The East Village at DGT, sold out in 4 days

In just four days, the first three towers of The East Village at DGT with a total of 1,087 units were fully sold out generating a record breaking P4.068 billion in sales. The six-tower vertical village with over 2,000 residential unit offerings has a mix of studio, one-bedroom and two-bedroom cuts, with floor areas ranging from 22.3 sqm to 75 sqm. Amenities are carefully curated to match the new normal: safe and open spaces, outdoor-focused facilities and generous green designs.

Designed by Aidea Inc., The East Village at DGT is future-ready, promising connectivity, sustainability and accessibility. It is poised as the most connected, green and generous abode designed for the global Filipino. The premier development will break ground in the second quarter of 2022.

The record high sales turnout of DGT’s first residential project validates the township as the most anticipated in Davao, where there is strong demand for residential units within a premier township designed to meet world-class standards.

As part of DGT phase 1, a world-class and worry-free shopping experience can be had at DGT City Center. Davao City’s future landmark destination is designed by Casas + Architects Inc., with its retail and dining areas arranged under a beautiful, waved roof supported by tree-like columns. Alfresco spaces, lush indoor gardens, nature-draped patios and a pavilion outfitted with energy-efficient architecture all bring an ultramodern lifestyle experience right at the heart of DGT.

DGT Cultural Center, meanwhile, consists of showrooms, museum spaces, a performance theater, government offices and a multipurpose function room. Designed by Eduardo Calma Architecture and Design, the space is inspired by Davao’s famed waling-waling and poised to be an architectural masterpiece, with metal panels that mimic the delicate petals of the “Queen of Philippine Orchids.”

“We envision DGT to be the central business district that will provide economic and social value to Davao, one of the fastest growing economic regions in the country,” he added.