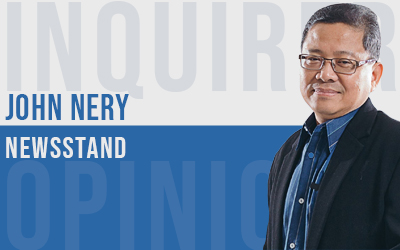 ANC’s “The Rundown” with lawyer Mike Navallo and Nikki de Guzman gave me an opportunity on the morning of President Duterte’s last State of the Nation Address to speak on press freedom in the Philippines. I tried to offer what we may call a different kind of color commentary.

But first, it is important to emphasize that it isn’t only journalists in the Philippines or their colleagues abroad who believe that press freedom is in danger under President Duterte. In the November 2020 Social Weather Stations survey, some two-thirds of voting-age Filipinos agreed with the statement that “it was dangerous to print or broadcast anything critical of the administration, even if it is the truth.” That’s a clear indication that the public knows that journalism that is critical of the administration meets a hostile reception from the administration. (To my mind, that finding also indirectly reflects the climate of fear that the surveys have arguably labored under since 2016, when the extrajudicial killings began en masse.)

The finding—65 percent in agreement with the statement that read, in Filipino, “Mapanganib na mag-lathala/mag-print or mag-broadcast ng anumang kritikal sa administrasyon, kahit na ito ay ang katotohanan”—was up from 51 percent only in the July 2020 survey, and must certainly have been caused by the shutdown and the rejection of the new franchise of the ABS-CBN network.

How does the danger manifest?

First, through YELLOW LIBEL. Independent, insufficiently friendly, or outright critical news stories and analyses of the administration are labeled “dilawan,” or yellow—using the color associated with previous administrations as a form of libel. In doing so, the administration, especially in presidential spokesperson Harry Roque’s hostile press briefings, draws a distinction between “us” and “them,” labelling any non-flattering information as partisan, or as coming from “mga kalaban ng gobyerno” (the enemies of the government).

Second, through RED-TAGGING. This is the more insidious form of the administration’s us-vs-them stance, because journalists, lawyers, labor leaders, peasant organizers, and others have been subjected to legal harassment or, in some cases, have been murdered after they were red-tagged.

Third, through BLUE-PILLING. In the “Matrix” movies, taking the blue pill means deciding not to confront the harsh truth but to live the same comfortable lie. The national government controls a large media operation; under the Duterte administration, almost the entire enterprise is engaged, not only in recognizing government accomplishments (which is only to be expected) but in raising the profile of favored politicians and political parties. On almost any given day, the lead stories of the Philippine Information Agency (PIA) include presidential aide and prospective presidential candidate Sen. Bong Go. (In fact, at press time, I checked the PIA website, and a total of 11 stories featuring Go were published “a day ago” or earlier.) PTV-4 thinks nothing of broadcasting the council meetings of PDP-

Laban, the governing coalition which is not in fact part of the government. (These editorial decisions seem to be an abuse of power, and should be legally challenged by other public officials not similarly covered by government media.)

Fourth, through the WHITE FLAG. President Duterte has infamously said, in that televised confrontation with Rappler reporter Pia Ranada, that press freedom was a privilege, not a right. This goes against the Constitution—and the example and legacy of heroes like Rizal. In fact, press freedom is a right which cannot simply be taken away when the leaders in government feel like it. The danger to press freedom is clear and present when the President, no less, surrenders the fundamental civil liberty our heroes claimed and our Constitution enshrined. But, as the experience of the Davao press corps proves, the idea of press freedom as a privilege is very much part of the Davao template; while there are outstanding journalists in Davao, many chose to play the game as Mayor Duterte bankrolled it, in exchange for access or worse.

Last, but not least, through BLACK OPS. In running for the presidency, Mayor Duterte relied in large part on a large social media army; it was “a network of networks,” as one of its leaders described it after the election, and to be scrupulously accurate many parts of the network of networks were real people and genuine supporters. But its architecture of strategists and influencers and operators was also dependent on organized disinformation campaigns. (The scholars

Jonathan Corpus Ong and Jason Cabañes wrote a landmark study capturing the outline of this “invisible machine,” although they did not identify it only with the Duterte campaign.)

The decision to reject the ABS-CBN franchise renewal and to shut the network down was enabled through a combination of these colored threats: the network was vilified as “biased” and yellow, the white flag of privilege was flown together with the standard that represented the “will of Congress,” the black operations of disinformation repeatedly targeted not only the network but even those pro-Duterte legislators who also favored a new franchise for ABS-CBN. The same combination of threats continues to put the work of Rappler, PCIJ, Vera Files, alternative media like Bulatlat and Manila Today, and the Inquirer, at risk. The danger is real.