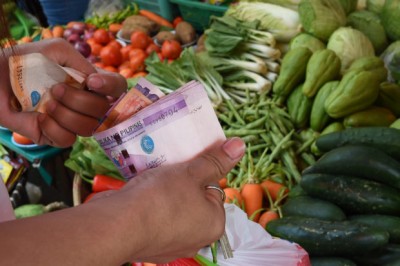 Inflation likely eased further in July compared to the previous month as food-price easing measures implemented by the government like tariff cuts on pork and rice imports took hold.

Eleven of the 15 economists polled by the Inquirer last week projected a lower rate of increase in the prices of basic commodities last month compared to June’s 4.1 percent year-on-year. The Philippine Statistics Authority’s July inflation report will be out on Thursday, Aug. 5.

“While we acknowledge increasing prices in transport services (shipping and logistics), fuel and electricity and sin products, we see the easing of meat prices as having a greater impact on the easing of the CPI (consumer price index),” Peña-Reyes said.

“If there is a risk to higher inflation, it is primarily the possibility that the quarantine orders interfere with transportation of consumer goods, including food, from producer to consumer,” Cochrane said, adding that “inflation may ease further at least through August given that quarantines will be in place through Aug. 20,” referring to the 15-day revert to the most stringent enhanced community quarantine (ECQ) in Metro Manila starting Aug. 6.

Mapa said inflation might “reverse its downtrend in the coming months as a weaker peso, elevated energy costs and a pickup in food prices all combine to threaten the BSP’s inflation forecast of 4 percent.”

Abola partly attributed his forecast to an increase in food prices following the heavy rains during recent weeks which flooded parts of Luzon.

Bank of the Philippine Islands’ (BPI) Emilio Neri was the lone economist who projected a higher inflation rate in July at 4.2 percent.

“More than two months after the tariff cuts on pork were implemented, we continue to see elevated pork prices keeping the contribution of food on headline inflation close to 2 percentage points,” Neri said.  INQ