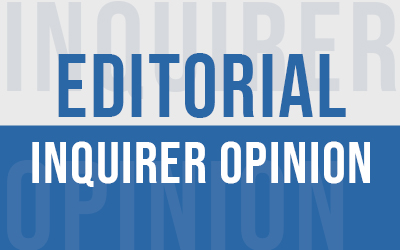 The otherwise workaday routine at the venue for filing of certificates of candidacy for the 2022 general elections was rudely interrupted on Oct. 6 when a number of mobile phones suddenly started going off at the same time. It looked like an emergency text alert warning about heavy rainfall or an earthquake, but it wasn’t: It was a political advertisement for one candidate—Ferdinand “Bongbong” Marcos Jr., the son and namesake of the late ousted dictator, who was at the Sofitel in Pasay City to make official his plan to run for president next year.

Who sent the text message? More disturbingly, why was it in the national emergency alert system? How did people gain access to the system which, by the looks of it, could be hijacked this easily and turned into a platform for campaign propaganda?

The National Disaster Risk Reduction and Management Council (NDRRMC), which sends out emergency text alerts via partnerships with telecommunications companies, denied that it sent out the message: “Our people can be assured that the NDRRMC reserves the use of its warning systems for their mandated purpose only, that is to provide proper and timely warning to our people regarding natural hazards.”

The Marcos camp called the text blast sent in support of Marcos Jr. a “demolition job unleashed by those who obviously want to frustrate his candidacy.”

Maybe it was; there is a ring of logic to the argument that they would not sabotage their candidate’s chances by resorting to such a brazenly illegal, ill-conceived move.

But this is the Philippines where anything is possible, so the disquieting incident calls, at the very least, for a swift and unsparing investigation as the country gears up for a pivotal election that will run on the same information and communication technology (ICT) infrastructure starkly misused by the illegal text blast. Put another way: The integrity of the election is at risk if the government ICT proves to be this porous, unprotected, and vulnerable to access and manipulation by outside forces.

On the same day that the text alerts were sent, the National Telecommunications Commission (NTC) ordered a probe, and the first theory it offered the public was that the text blast may have come from “colorum” portable cell sites. These devices can reportedly send out up to 100,000 text messages an hour within two kilometers; are portable enough to fit inside a car, thus making their location supposedly hard to pinpoint and difficult for law enforcers to confiscate; do not require SIM cards such as those on mobile phones, rendering them virtually untraceable on cellular networks; and can operate across frequencies, including the 4G standard used by modern smartphones and even on the next-generation 5G increasingly being used in city centers.

Startlingly, they are also widely available, bought and sold on e-commerce platforms such as Lazada and Shopee and also on Facebook, at P200,000 to P3 million each.

The NTC ordered Facebook, Shopee, and Lazada on Oct. 12 to immediately stop selling the text blast machines in their platforms. It said it had not authorized the importation, manufacture, sale, and distribution of these machines, thus their sale violated the radio control law and NTC rules prohibiting the sale of portable cellular site equipment. It also summoned representatives of the three companies to the NTC on Oct. 27 to explain why they should not be “held liable for such violations as well as subject the violative products/equipment to confiscation and forfeiture.”

Quick and firm action in this case is warranted, because the Oct. 6 text blast is a sample of what’s to come—widespread campaign confusion and disinformation—if the practice is left unchecked. The May 2022 elections are projected to see more extensive use of technology given lingering movement restrictions; a number of sellers told this paper that politicians and political groups have indeed been the top buyers of such equipment, apparently counting on massive text blasts to boost their chances in the polls.

The Commission on Elections (Comelec) has reminded candidates and political parties that hijacking the emergency alert system for political propaganda was a “reprehensible tactic” and “unreservedly wrong.”

“Whoever did this has to be held accountable. This is a reprehensible strategy, and it should not be replicated by anyone,” warned Comelec spokesperson James Jimenez. “And I hope that the relevant agencies will move heaven and earth to find out who did this and hold them to account.”

The NTC needs to do just that, and tell the public quickly: Who’s behind the “BBM2022” text blast?