Growing for and with Filipinos: Mercantile Insurance, A Growth Champion! 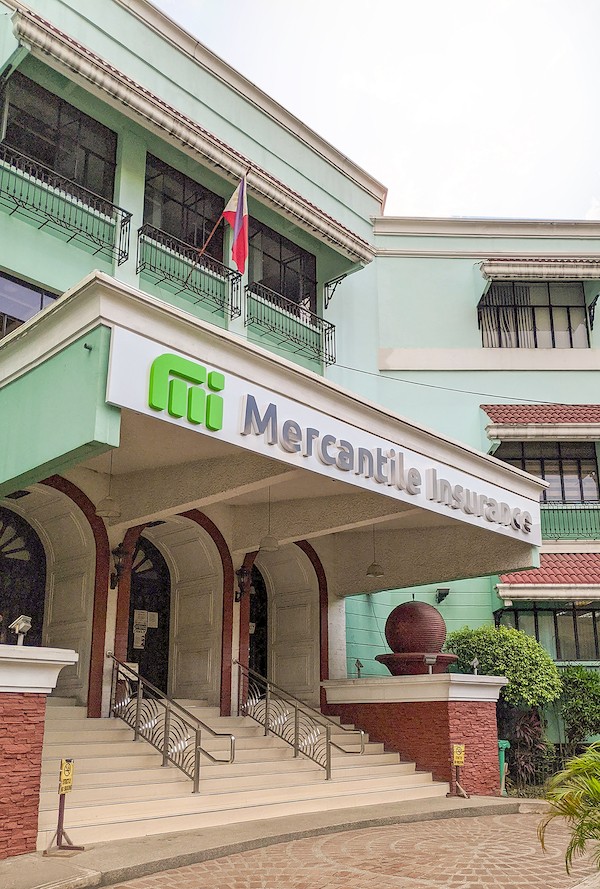 The Mercantile Insurance Company Inc. (MICI) is a Growth Champion!

Melecio C. Mallillin, Mercantile Insurance president, says while the non-life insurance industry averaged a yearly growth of 10 percent, the company was growing at the rate of about 32 percent.

Even the COVID-19 pandemic, which shut down almost the entire world, including the Philippines, could not sink the robust company. It still managed to grow at a more modest rate of 20 percent compared to previous years.

The company’s success in negotiating the troubled waters caused by COVID-19 owes a lot to its flexibility and ability to face the challenges of a pandemic and to adapt to the changing situation.

Mallillin says, “Traditionally, insurance is marketed through agents (but COVID-19 prompted a pivot) to e-commerce.” Like many other businesses, Mercantile Insurance went online to continue servicing the needs of existing clients and reach out to prospective customers.

He expects that, when things return to “normal” or whatever the post-pandemic situation would be, MICI will be relying on a combination of the traditional face-to-face interactions with clients and online outreach.

“There is a growing market that uses online platforms but we would not drop our traditional intermediation,” he says. The COVID-19 pandemic, he adds, gave them the tools and the skills to deal with similar or worse future disruptions.

Mallillin, who has been in the insurance business for 46 years, says a strong entrepreneurial leadership style and strong values influenced his team to work for the success of the company.

The Liu family’s acquisition of a majority stake in the company raised its capital and propelled its steady growth. Mallillin points out that the group chair and company chair are actively involved in significant issues and concerns. 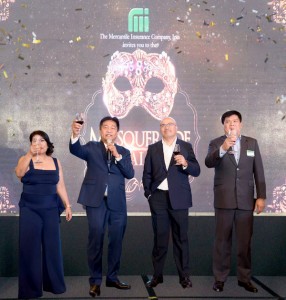 The good reputation of the top level management serves as model to emulate and an inspiration for MICI’s employees. The dynamic and aggressive distribution salesforce, management’s control measures to achieve profitability goals (not only through sales generation), good financial management that established a cost-oriented work environment that valued every centavo all gave the company the strength and endurance to weather the havoc wrought by the pandemic.

But while the 57-year-old MICI is making the move to engage its market online, it still believes strongly in the traditional face-to-face interactions, which still remain the most favored way of doing business in the Philippines. So the company has built a salesforce made up of “traditionalists” and technology-savvy people.

“This has made a great impact in delivering a significant leap in the sales production from 2016 to 2020,” Mallillin says.

Mercantile Insurance’s financial success is not the only thing that makes it a Growth Champion. It aims not only to grow its assets but also to expand its client base.

If the Bangko Sentral ng Pilipinas is engaged in a campaign of financial inclusion to bring the benefits of banking and other financial services to the huge unbanked segment of the Philippine population, MICI has made it its mission to bring insurance coverage to the vast majority of Filipinos.

For Mallillin, what the current buzzword sustainability means for the company is to enable every Filipino to have insurance coverage in one form or another.

“We want ‘inclusion’ in insurance for Filipinos,” he says. He acknowledges that many Filipinos are still wary of buying insurance. Traditionally fatalistic and superstitious, many Filipinos considered catastrophes God’s will that had to be accepted, and preparing for untoward incidents by saving or buying insurance was like an invitation for bad things to happen.

But MICI is seeing a gradual change in that attitude particularly among younger people and after such devastating calamities as supertyphoon Ondoy. Millennials are increasingly conscious of protecting their investments by insuring their valuables. Not just homeowners but even renters—people who live in apartments and condominiums—are buying protection for the expensive items they bring into their temporary residences.

Mallillin is particularly proud that they have a big share of the micro, small, and medium enterprises’ insurance market, recognizing that MSMEs are a significant driver of the country’s economic development.

Although many of the modest ventures started with capitals of a few hundred pesos, they generated 5,714,262 jobs, or more than half–63.19 percent–of the country’s total employment. Micro-enterprises, the smallest of the businesses, employed the most number of people, 28.86 percent of the total. Small enterprises accounted for 27.04 percent. On the other hand, large enterprises generated only 36.81 percent, or 3,328,801 jobs, of the country’s overall employment.

Underscoring the importance of the businesses, the DTI said, “in terms of value added, the MSME sector contributed 35.7 percent of the total with manufacturing contributing the largest share at 6.87 percent. Wholesale and retail trade and repair contributed 6.58 percent, followed by financial intermediation with a share of 6 percent.”

Describing MSMEs as a “very resilient group”, Mallillin says they are now back in shape after the unexpected upheavals caused by the COVID-19 pandemic.

The Mercantile Insurance president says one of the major advantages MICI has over other companies is the ease by which MSMEs and their other clients get the benefits due them.

“The only way to sell insurance is to pay the benefits immediately,” he says. Insurance, he realizes, is a low priority for Filipinos and insurance companies are basically just selling pieces of paper. What makes a difference for clients is how quickly and easily they can redeem the benefits that the piece of paper they bought guarantees them.

For the company that started with 15 agents and now has 933, Mallillin says they will continue to be guided by their corporate philosophies that had seen them through good times and bad: Do things right, attend to the needs of both your agents and clients. The company promises clients, “You enjoy your assets. We protect them.”
Mallillin believes success requires a knowledge of the market, one’s product and how to sell it; an efficient sales force; and fast and efficient delivery of service.

He motivates his team with one of his own favorite slogans that serves him in good stead in his more than four decades in the insurance business: “Good, better, best. Never let it rest. Until your good is better and your better is best.” He also encourages his agents to persevere: “Little drops of water, Little grains of sand, Make the mighty ocean, and the pleasant land.”

Mallillin says Mercantile Insurance will remain very ambitious to maintain its status as a Growth Champion and would come up with new products as the need arises. In pursuing Mercantile Insurance’s continued growth, its president would be driven by his own motivational mantra: “Risking to Win!”

With a very supportive management team, MICI is all fired up to aim for higher and better goals in 2021 and beyond!