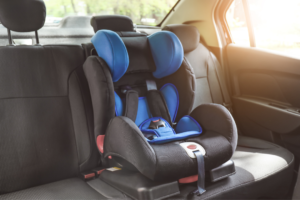 (The President has decided to defer the implementation of the child car seats.)

Republic Act No. 11229 or the Child Safety in Motor Vehicles Act, aims to keep children safe while aboard motor vehicles. Under its implementing rules and regulations, children aged 12 years old and below and are under 4'11 are no longer allowed to take the front seat or to be left unattended inside a private vehicle.

The law also requires children to use child restraint systems (CRS) or child car seats that are appropriate for their age, height, and weight.

This law, signed by President Duterte in December 2019, was supposed to take effect on Feb. 2.

(The MVIS will not be mandatory. Meaning, there will be no additional fees in registering for cars.)

(This was the decision of the President where he balanced the needs of the public amid the pandemic.)